Secretary of Commerce Thrasher To Speak at Annual Banquet 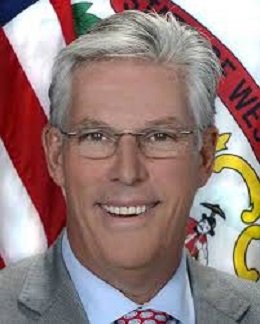 Secretary of Commerce Wood “Woody” Thrasher will highlight the Annual Banquet Meeting of the Barbour County Chamber of Commerce on Friday, May 12th, at Alderson Broaddus University.  The public is invited.

There will be an opportunity to meet the speaker over a punch-bowl starting at 6:00 p.m.  Dinner begins at 6:30 p.m.

Woody Thrasher is the previous president and chief executive officer of the Thrasher Group, a leading Mid-Atlantic engineering and architectural firm in Bridgeport.  He and his father, Harry, began the company in 1983 with three employees.  Since then, the firm has grown to employ over 300 people in six states.

Mr. Thrasher is active with the West Virginia Alumni Association Board of Directors which he currently serves as Chairman.  He is a distinguished alumnus of the Statler College of Engineering & Mineral Resources where he is also active on several committees.

Woody Thrasher was appointed West Virginia Secretary of Commerce in December of 2016 by Governor Jim Justice.  Thrasher says his main goal is to create more jobs in West Virginia by growing existing businesses and attracting new business to the state.