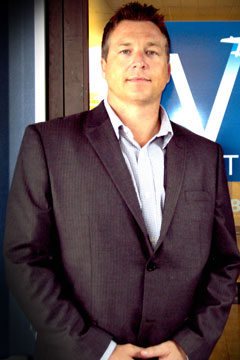 Rick Rock, Director of the North Central West Virginia Airport Authority, will discuss the importance of our regional airport during the April meeting of the Barbour County Chamber of Commerce.  The public is invited.  Rock’s presentation will begin at noon on Thursday, April 12th in the private dining room of the Medallion Restaurant in Philippi.

Those wishing to order from the menu or visit the hot lunch bar should arrive by 11:30 a.m.  Reservations are requested to assist the restaurant in its preparations by calling the Chamber office in advance at 457-1958 or by E-mailing:  This email address is being protected from spambots. You need JavaScript enabled to view it.  Please do not call the restaurant.

Richard Rock is a native of Clarksburg and graduate of Harrison County schools and West Virginia University where he earned a B. S. Degree in Business Administration with an emphasis in accounting.  He is a Certified Public Accountant and has been the Director of the Harrison County Emergency Squad since 2001.

Rock has been affiliated with the Benedum Airport Authority since 1999 when he was appointed Interim Airport Director.  He became the full-time Director in 2013.  Rock is a graduate of the FBI Citizen Academy, is Vice President of the West Virginia Airport Managers Association, and in 2016 was named the Harrison County Chamber of Commerce’s Citizen of the Year.

Barbour County is served by the Clarksburg/Bridgeport Airport for air  travel with United Airline Express direct to Chicago and Washington, D. C.; with Allegiant Airlines direct to Orlando/Sanford, Florida, and seasonally by non-stop flights to Myrtle Beach, South Carolina.